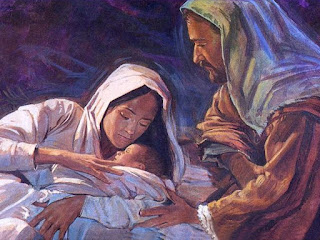 She was the first one that believed,
the first to call Him Savior,
her savior Jesus, she received,
was Emmanuel inside her.

The Holy Spirit wrought in Mary
salvation's only hope of life.
She did not seek this life to carry,
only to be Joseph's wife.

Being blessed with such great favor
she praised her Father up above,
that even when her faith might waver,
she yet might glory in His love.

She discovered that to know Him
she must lay her own life down,
Her first lullaby, a praising hymn,
as she knelt upon the ground.

Trusting God for His salvation,
she felt Him kick inside her womb,
hoping in Israel's promised son
as she watched her belly bloom.

She felt the kicks of his tiny feet,
beautiful feet on the mountain,
feet that would one day walk the streets
putting His enemies under them.

Caressing his cheek as he soothingly nursed,
to quiet his cries at eight days old,
She kissed the tears of Truth when He felt sin's curse.
She held to her breast the root of Jesse foretold. 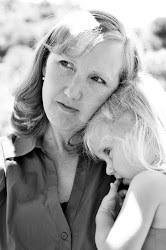 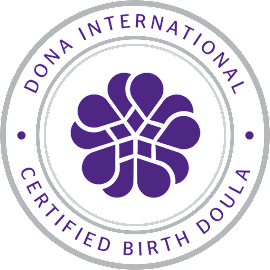 "He tends his flock like a shepherd: He gathers the lambs in his arms and carries them close to his heart; he gently leads those that have young." Isaiah 40:11

September 2017 "I would be happy to recommend Sandy to anyone looking for a compassionate and personable doula! Sandy was easy to reac...